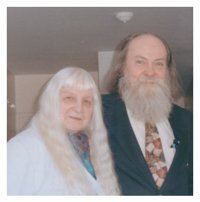 THE FIRST TIME I met Wray Rominger, the founder and publisher of Purple Mountain Press, was probably when I showed up curbside in front of his office in the early 90s looking for a job. A weekender who had worked in book publishing a number of years and was “between jobs,” I was hoping to make the break from NYC and move full time to the Catskills. I had become familiar with Purple Mountain Press as an important source of books about the region, and so they were my first stop.  Wray kindly explained that his press was really a two-person operation consisting only of himself and his wife Loni, and they weren’t looking to add staff.

Eventually I did find work at Overlook Press in Woodstock, which also published regional titles, notably Alf Evers’s volumes The Catskills, Woodstock, and Kingston.  Over the years that turned into decades, Wray, Loni and I became good friends.  We might have nearby book-selling tables at Belleayre Mountain’s Octoberfest or a similar local festival.  We might carpool to a regional publishers’ association meeting.

I never failed to be impressed by Wray’s publishing acumen and skill at marketing and selling his books: his keen eye for intriguing subjects, talented authors, and promising possibilities.  The Purple Mountain Press he and Loni so lovingly built is a magical intersection of written word and place: the ever-fascinating history and lore of the Catskills, Adirondacks, Hudson, Champlain and Mohawk valleys and other regions of the state.

Wray’s standing as one of the true lights of the area (along with many of his authors) was appropriately recognized only weeks ago when the Catskill Center bestowed upon him the Alf Evers Award for Excellence.  It is my and my husband James’s mission to further Wray and Loni’s lifelong oeuvre by continuing to help readers discover these wonderful books.

About the Author: Maureen Krueger